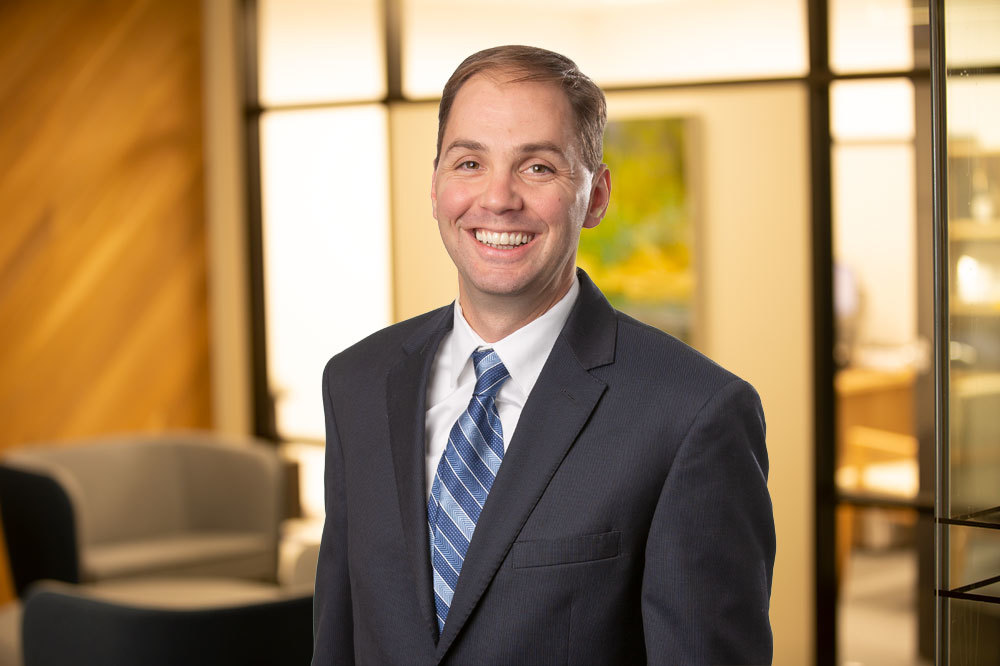 Nicholas Johnson skillfully litigates complex commercial and environmental disputes throughout the country. Prior to joining Bailey Glasser, he distinguished himself as a trusted in-house lawyer for the some of the country’s largest publicly traded mining and energy companies.

Notably, in July 2021, Nick led a trial team that won a federal jury verdict of approximately $32.7 million on behalf of Ramaco Resources Inc. against Chubb-related insurance companies for breach of contract in a denial of insurance coverage case. That matter is on appeal.

He also solves complex environmental and reclamation compliance and permitting issues for energy clients, having recently negotiated favorable groundwater restoration agreements with the State of Illinois and worked on intricate mixing zone applications for discharge of surface waters.

Nick is a regular speaker on issues of interest to mining and energy companies. He is a repeat presenter at the Energy & Mineral Law Foundation, having also served as the co-chair of its fall program. Nick has also been invited to speak to the National Council of Coal Lessors and the Society for Mining Metallurgy and Engineering (SME)’s Annual Conference and Expo as well as the Current Trends in Mining Finance.