Charleston, WV – Women’s lacrosse team members at California State University, Fresno (Fresno State), filed a sex discrimination class action against Fresno State today for discriminating against female student-athletes and potential student-athletes in violation of Title IX of the Education Amendments of 1972. The lawsuit, filed in the U.S. District Court for the Eastern District of California, charges the school and school officials with violating Title IX by depriving women of equal opportunities to participate, athletic financial aid, and treatment; eliminating the women’s lacrosse team at the end of this academic year; and treating the team far worse than any other varsity team in the meantime. 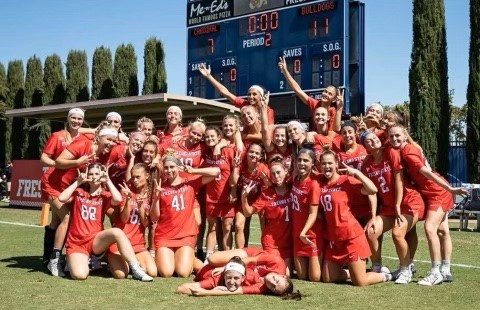 A motion for a preliminary injunction and a memorandum in support seek a court order preserving the women’s lacrosse team and requiring it to be treated equally with other varsity teams while the case proceeds. (See below for exhibits to the motion and memorandum.)

“Fresno State has long been a national Title IX poster child for sex discrimination in its intercollegiate athletic program,” said Arthur Bryant of Bailey Glasser, LLP, lead counsel for the women. “In 2016, it announced it had changed its ways. Sadly, that wasn’t true. The school is not close to providing women with gender equity. Fresno State’s elimination and treatment of the women’s lacrosse team are blatant violations of Title IX.”

“It is truly sad and disappointing that we have to sue Fresno State to make it comply with Title IX, treat women equally, and preserve our team” said Megan Walaitis, co-captain and a senior on the women’s lacrosse team. “But we have to stand up for our rights and fight. Fresno State actively recruited us. We love being here and playing. But it’s trying to eliminate our team, already treating us like we’re not a varsity team, and discriminating against women throughout its intercollegiate athletic program.”

On October 16, 2020, Fresno State announced it was eliminating its women’s lacrosse team (and its men’s tennis and wrestling teams) at the end of this academic year. When it did so, women were already receiving less than their fair share of opportunities to participate in varsity athletics at the school.

On December 3, 2020, Arthur Bryant, at Bailey Glasser’s Oakland office, sent a letter to now former Fresno State President Joseph I. Castro explaining that the elimination of the women’s lacrosse team violated Title IX and requesting a dialogue about preserving the team and ensuring the school’s Title IX compliance. Nearly three weeks later, after delaying several times, Fresno State sent Bryant a “Final Letter” that said it saw “no reason” to “consider reinstating” the women’s lacrosse team, was “in compliance with Title IX,” and expressed no interest in talking.

Fresno State’s elimination of the women’s lacrosse team and ongoing gender discrimination are especially alarming because of the school’s long-term, nationally prominent reputation and record for violating Title IX. A February 12, 2016, article in the Fresno Bee reported that Fresno State had been under investigation by the U.S. Department of Education’s Office for Civil Rights (OCR) for violating Title IX since 1992, when Associate Athletic Director Diane Multinovich “blew the whistle on inequalities between men’s and women’s sports.” OCR found Fresno State in violation of 11 of 13 areas of treatment. The school “had to meet 45 conditions” and ended up being “under the nearly 25-year eye of federal Title IX investigators.”

During that time, gender discrimination in Fresno State’s athletics department was such a serious problem that a stunning number of women in the department had to file lawsuits against the school, which garnered major publicity and enormous verdicts and settlements. Women’s volleyball coach Linda Vivas charged the school with retaliating against her for advocating gender equity and won a $5.85 million jury verdict in July 2007, later reduced to $4.52 million.

The 2016 Fresno Bee article quoted Castro as saying the school would “be a national leader” in compliance with Title IX, but the elimination of the women’s lacrosse team shows otherwise.

According to the most recent publicly available Equity in Athletics Disclosure Act data Fresno State submitted and verified to the U.S. Department of Education, in the 2018-2019 academic year, the school had an undergraduate population of 11,518 women and 7,828 men. So undergraduate enrollment was 59.54% women. The school’s intercollegiate athletic teams had 256 men and 323 women, or 55.79% women—creating a 3.75% gap between the women’s undergraduate enrollment rate and their intercollegiate athletic participation rate. Given the number of men on the varsity teams, Fresno State would have needed to add at least 54 women to its athletic program to be providing equitable participation opportunities for women. But Fresno State is eliminating opportunities for women, not adding them.

Based on that data, with the elimination of the teams announced on October 16, 2020, the school’s athletic participation numbers will drop to approximately 221 men and 295 women, or 57.17% women—which still leaves a 2.37% gap. Therefore, even with the announced team eliminations, Fresno State would need to add approximately 30 women to reach gender equity under Title IX. This is almost exactly the number of athletes on the women’s lacrosse team the school is eliminating.

Bryant has successfully represented more women athletes and potential athletes in Title IX litigation against schools and universities than any lawyer in the country. He and his co-counsel recently reached settlements reinstating women’s teams and advancing Title IX compliance with Dartmouth College and East Carolina University in January 2021, the University of North Carolina at Pembroke in December 2020, William & Mary College in October 2020, and Brown University in September 2020.

Please see below for the exhibits to the motion for preliminary injunction and memorandum in support.

Bailey Glasser was founded in 1999 by Ben Bailey and Brian Glasser in Charleston, West Virginia. Since then the firm has grown to more than 60 lawyers located in 12 offices including Birmingham, AL; Oakland, CA; Washington, DC; Wilmington, DE; St. Petersburg, FL; Boston, MA; St Louis, MO; Boise, ID; Chicago, IL; Cherry Hill, NJ; Westchester, NY; and Morgantown and Charleston, WV. Plaintiffs and defendants rely on Bailey Glasser to handle the most challenging and consequential legal issues – regionally and nationwide – using a trial-focused approach to protect the interests of its clients. The firm’s corporate lawyers handle business matters ranging from the negotiation and execution of billions of dollars in commercial transactions, to IPOs, to assisting foreign businesses with investments in US assets.