The group received a valuable experience as they had opportunity to try a case in a courtroom before a federal judge from the United States District Court for the Western District of Pennsylvania. The team was selected to represent the plaintiff and received a successful jury verdict. During the trial, the team was paired with a medical witness who participated as an expert witness which afforded them the unique opportunity to direct and cross examine an actual medical expert. Allegheny County (Pennsylvania) High School students served as jurors during the trial. 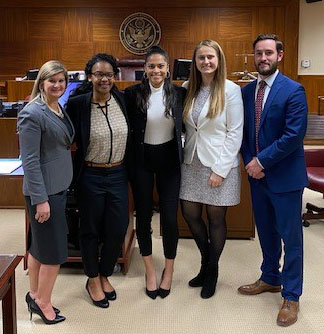