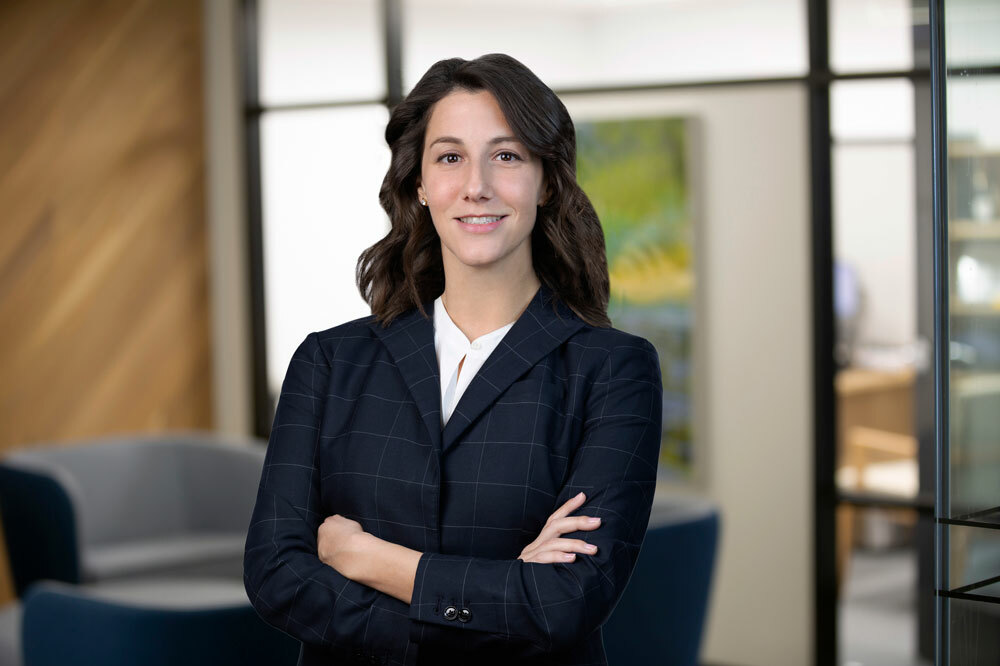 Christina is an accomplished complex litigation attorney with extensive experience representing clients nationwide on both sides of the aisle in personal injury cases.

As part of Bailey Glasser’s mass torts team, Christina is committed to protecting American consumers from dangerous and defective drugs, medical devices, environmental toxins, pesticides, and other consumer products, and leads litigation efforts that are transforming industries to be safer and better.

Named a Kentucky Super Lawyers Rising Star since 2018 for her mass tort and class action accomplishments, Christina has successfully pleaded and argued matters in numerous federal jurisdictions, while playing a vital role in case management and fact and expert discovery. She has helped lead multidistrict litigation for plaintiffs involving harm from defective drugs and devices, and for the U.S. government involving alleged harm from toxic substances in the environment and the workplace.

Christina excels in the courtroom, where she is passionate about connecting complex scientific and legal issues to advocate for her clients. She has achieved success in the mass tort world thanks to her strong research, writing, and oral argument skills, mastery of the civil rules of procedure and evidence, scientific curiosity, and ability to manage a caseload of several thousand involving different products and litigations.

She is passionate about understanding and explaining complicated scientific processes of disease causation, and makes it her job to know every aspect of the big picture litigation, including the medical history and personal story of each one of her clients.

As a trial lawyer in the torts branch of the U.S. Department of Justice, she advised and directed large-scale discovery and litigation plans for both the Environmental Protection Agency and Federal Aviation Administration, including document collection, review, and production, while coordinating extensively with both plaintiffs and defendants’ litigation committees.

Christina’s legal wins include successfully arguing before the Judicial Panel on Multidistrict Litigation for the creation of MDL No. 2767, In re: Mirena IUS Levonorgestrel-Related Products Liability Litigation (No. II), and being appointed to the Plaintiffs' Executive Committee. She served as co-chair of both the Science Committee and the Law and Briefing Committee, and was a member of the Discovery Committee.

She was also appointed to the Defense Coordination Committee in MDL No. 2873, In re: Aqueous Film-Forming Foams Products Liability Litigation, and served as a member of the Deposition Subcommittee.